RPGs have one of the most devoted fans in any genre of gaming. To uplift the mood, they are the best games to play. Given the tiny smartphone screen, it has been possible for some time to carry us to a story-driven fantasy world. Also, RPGs are one of the first genres on Android to really hit it off and there are a lot of them to choose from.  Here are the best RPGs for Android. Be sure to check out our list of The Best Adventure Games for Android if you’re looking for more than just RPGs.

So a new crystal tale begins, a tried-and-true, but brand new RPG! With its latest theme, Brave Exvius, it is one of the most famous shows. Vision is Lapis’ hope, and Vision is summoned by two knights to accompany them on their quest to capture the shadows.

The game comes with  3D graphics, Interactive sports of perceivable tactics on the battlefield.  it comes with energy-boosting sound and music and It offers daily tasks and tons of tough activities.

This is an action-packed fantasy RPG in which we choose from over a thousand different monsters to make up our squad. This strategy game has the option of decorating our village and selecting an extra skill from the selection of 21 different Runes for our monster.

In this game, there is a war against other summoners, explore dungeons, fight PvP fights, expand our range of monsters, train monsters, and much more.

5 abilities like fire, water, wind, light, and dark are based on a selection of over 1000 monsters. To create a good squad, collect as many monsters as possible.

We are able to craft over 100 new items and enjoy real-time arena fights with players around the world.

Eternium is a free-to-play action RPG and certainly one of the better on mobile. It has some rare features, such as the option to play offline, these days, a feature few action RPGs have.

In comparison, it has a fairly long plot, simple controls, plenty of choices for personalization of characters, and a reasonably light touch on the game’s free to play aspects.

AnimA is Android’s Diablo clone, right down to the fonts used, so I’m here for it. This game pays tribute to the classic ARPGs from Blizzard. It’s got a gloomy, predictable setting, a hilarious loot grind, and lots of enemies to hack and slash to death.

This is a micro-transaction free-to-play game, but it seems to be close to Path of Exile, where you can always play on your own terms in the game. The monetization is not too egregious overall, and the developers only encourage you to enjoy the game.

So if you are into ARPGs and need something new to enjoy, give AnimA a shot. Genshin Impact is one of the best RPGs for Android. It came kind of out of nowhere. It’s an action RPG with a great elemental battle and a friendly system for parties. Choosing from an amazing roster, you’ll need to turn characters, sometimes to get the best results in combat.

With an “anime” twist, it takes clear inspiration from Breath of the Wild. The open-world is lovely and full of things to do, opportunities to learn, and monsters to conquer.

I would say monetization is the biggest downside of the Genshin Impact. To get you to spend more on extra characters, new weapons, and more, it uses gacha mechanics. And with the game getting really grindy in the endgame, just to see the lovely world and characters is always worth playing.

At last, Android sees the Vampire: The Masquerade game! Night Road is an RPG that is 100% text-based where your decisions matter. It also allows the writing to be awesome and at 650,000 words the game itself is massive. It’s a long game, all told, but I had a great deal of fun with it. If you like vampire roleplaying, you’ll enjoy yourself.

Select a clan and have a backstory for your character. However, everybody will see the same underlying premise. For the vampire higher-ups, you’re a messenger and you perform your missions at night (for obvious reasons). Not only is the sunrise a major antagonist, you have other concerns to care about, such as vampire hunters. 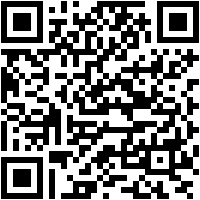 If you love Rick and Morty want to get schwifty then this is the game for you. You get to control Rick, who’s just doing science in his garage when Mysterious Rick comes through a portal and challenges him to a Morty battle.

Rick then goes to the Council of Ricks through the portal, confiscating his portal gun.

You have to beat the six Ricks sitting on the Council and get it back, but before you can combat them, you have to fight the Ricks from other dimensions and demand their badges. You have to go and catch every sort of Morty after all that’s over. To save their sister (and several other people) from a bunch of bad guys, players fly through time. The game world is beautifully built and the mechanics of battle are reasonably straightforward.

Some gacha components exist, thus the freemium price tag. However, the game shies away from getting a lot of menus and several different activities from the conventional smartphone RPG style.

Players are placed in the mode of the campaign and left there after the game begins. The battle is a little straightforward, but this is easily one of the best RPGs for Android.

For over five years now, it has been available on touchscreens and to some nothing has come close to beating one of Bioware’s finest.

From nine types of characters, you select your party, fly to eight planets on the Ebon Hawk, and learn to use the Energy, including over 40 forces. You even get to create a lightsaber of your own!

The antithesis of a classic Star Wars RPG is Knights of the Old Republic and this port is definitely worth the currency. If you want to play that way, this game also supports controllers. You determine the destiny of the world as the Jedi’s last hope as you fight your way toward being a hero or losing to the Dark Side’s lure.

Dungeon Hunter 5 is Gameloft’s long-running Diablo-like. It is regarded as one of the most entertaining hacks and slashes for Android adventure RPG gamers.

* Mystical woodland and world that you can freely discover.
* For the best fighting experience, you will discover lots of casual commands, skills, spells, and abilities.
* Hunting and defeating demons, servants of the devil, and dark knights.
* There are thousands of armors and guns available for you.
* This game’s multiplayer gives players the option to play with three of your buddies.

If you are a fan of tactical Role Play Games then this is definitely for you. In saga 1 the player begins as a leader who has to rescue people from the fury of ruthless Drudge soldiers and enemy tribes. The world of fantasy incorporates the stories of the Vikings and bastions deserted by the gods.

Where its predecessor stopped, The Banner Saga 2 begins. Both titles require careful strategy as players control the limited resources of their caravan. There are more than 25 playable characters so there is a special personality for each character. The characters come from 7 various grades with multiple choices for upgrading. Chrono Trigger is another iconic RPG created by Square Enix that has been praised as one of the greatest video games of all time for its excellent narrative and beautiful 16-bit graphics.

When Chrono’s new friend Marle is mistakenly teleported through time, this experience kick starts the game. Chrono follows her across the doorway and sees himself in the next 400 years. The game offers several endings based on decisions taken in the game, filled with fun twists and turns.

This game is totally worth your time and money if you’ve never played Chrono Trigger before. With a captivating plot that is just too exciting, makes the game full of suspense, drama, and battle. Atom RPG by Atent Games takes its plot in an alternative reality in which, following a bombing in 1986, the Soviet Union is a radioactive wasteland. The game is an in-depth RPG with numerous endings with hundreds of engaging quests.

You start with a fully customized character that you build, and to help you craft just how you’d like to play, there are a range of abilities and stats.

There are over 150 weapons, 600 NPCs, lots of enemies, and places to explore and battle in the 60-hour campaign, and it’s still not too shabby to play on a touchscreen. Thanks to its intense visuals, engaging game-play, and battles, Darkness Rises has won its reputation as one of the best action and adventure RPGs for Android.

You are the protector of the universe in this game, and the fate of the world is in your possession, and you must protect it from the demons who have come from hell. And you go to hell to kill the devil and save the world yourself.